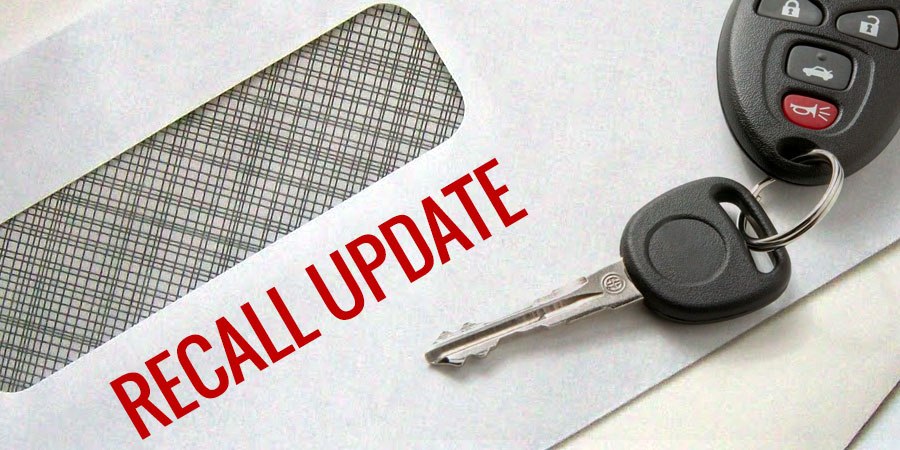 Customer Satisfaction Recall 15801A: Emergency Vehicle Reduced Power: The previously placed reprogramming hold on all 2012 model year vehicles involved in the recall, due to missing variables in the required calibration, has been removed. The new calibration is now updated and available for all 2012 model year vehicles. The recall has also been updated to add a note at the beginning of the Service Information section, include the 2016 model year GMC Sierra HD, and an increase in population. The recall affects certain 2010-2016 Chevrolet Express, GMC Savana; 2011-2013 Chevrolet Silverado HD; 2015-2016 Chevrolet Silverado HD, GMC Sierra HD; 2011-2012 GMC Sierra HD vehicles equipped with Duramax Diesel Engine.
Safety Recall 15815: Front Passenger Airbag Inflator Module: Certain 2008 Pontiac Vibe vehicles that are not located in high absolute humidity areas are involved in the recall to replace the front passenger airbag inflator module. There are approximately 15,000 vehicles involved. Suspect vehicles are equipped with front passenger airbag inflators which may have been manufactured in such a way as to have a potential for the intrusion of moisture over time.
Special Coverage 15821: Catalytic Converter Clamp Exhaust Leak: Approximately 18,000 Chevrolet Silverado and GMC Sierra trucks equipped with chassis/cab and a 6.0L engine may have an exhaust leak at the connection of the bank 1 catalytic converter outlet to the muffler inlet pipe. The special coverage covers the vehicles for a period of 8 years or 80,000 miles. The 2013 model year is affected. Dealers are to replace the exhaust pipe clamp to correct the condition.
Safety Recall 15822A: Seatbelt Lap Anchor Tensioner Cable: Certain 2014-2015 Chevrolet Silverado and GMC Sierra 1500 series trucks are involved in the recall. The recall has been updated to announce an interim inspection procedure that involves an inspection, and if evidence of fatigue, fraying, separation, or any other problem, a driver seat belt tensioner kit must be installed. This is a temporary repair and will require an additional repair when parts for the final remedy become available. This procedure is available for used vehicles and customer vehicles, and is not to be used on new, unused, and unsold vehicles in dealer inventory with 50 miles or more on the odometer or GM Certified Used Vehicle's in the dealer's possession.
Special Coverage 15824: Camshaft Position Actuator Valve (Exhaust) Replacement: Approximately 211,000 2013 model year Cadillac ATS and Chevrolet Malibu vehicles equipped with a 2.0L turbo/2.5L engine are involved in the special coverage. Affected vehicles may have an internal broken wire in the intake or exhaust camshaft position actuator solenoid that will require replacement of the intake or exhaust camshaft position actuator solenoid valve as necessary. Vehicles are covered for a period of 10 years or 120,000 miles.
Noncompliance Recall 17130C: Loss of Key Reminder Chime: The recall bulletin has been updated to provide a revision to the service procedure. The recall affects certain 2013-2016 Chevrolet Sonic and Trax vehicles and 2013-2015 Spark vehicles equipped with Bring Your Own Media (BYOM).
Safety Recall 22010-01: Loss of Power Steering Assistance: Certain 2014-2016 Chevrolet Caprice Police Pursuit Vehicles (PPV) are involved in the recall that addresses a potential loss of electric power steering assistance. The recall has been updated to delete part number 92288708 from the part information section.
Special Coverage 24280: Transmission Control Module Reports VIN During I/M Test: The special coverage affects certain 2016 Chevrolet Express and GMC Savana vehicles equipped with gas engine and 6-speed automatic transmission. Approximately 30,000 vehicles are involved. The recall covers involved vehicles for the life of the vehicle. To correct the condition dealers are to reprogram the transmission control module (TCM).
Customer Satisfaction Recall 27620: Incorrect Trailer Hitch: Approximately 106,000 vehicles are involved in the recall that addresses certain 2015-2016 Chevrolet Colorado and GMC Canyon trucks equipped with the Heavy Duty Trailering Package. The vehicles may have been built with a 3,500 lb trailer hitch. Dealers must inspect for the presence of a heavy-duty trailer hitch and, if necessary, install a new hitch. The recall is in effect until June 30, 2018.
Noncompliance Recall 39440: Electronic Brake Control Module Memory Failure: The memory chip in the electronic brake control module (EBCM) may fail in certain 2016 Chevrolet Malibu vehicles causing the loss of electronically controlled brake systems, including ABS and ESC (electronic stability control). Approximately 66 vehicles are involved in the recall. Technicians are instructed to install a replacement EBCM.
Safety Recall 41290-01: Front Upper Control Arm Separation: The recall bulletin has been revised to update the Floor Plan Reimbursement table. Involved vehicles include the 2016 Cadillac Escalade, Escalade ESV, Chevrolet Silverado, Suburban, Tahoe, GMC Sierra, Yukon, Yukon XL, and 2017 Chevrolet Silverado vehicles. Dealers will replace the left and right front upper control arms and realign the vehicle to correct the condition.

Safety Recall 43430: Occupant Sensing System Sensitivity: There are approximately 17,000 2015-2016 Chevrolet City Express vehicles involved in the recall that addresses a condition with the Occupant Classification System. The OCS software may not be correctly classifying the passenger seat as empty when it is occupied. Dealers are instructed to replace the OCS Electronic Control Unit.

Special Coverage 44240: Airbag Light On: Certain 2014-2016 Cadillac ATS and CTS vehicles equipped with Haptic Seat Option and Non-Motorized Seat Belt Retractor are involved in the special coverage. To correct the condition dealers are to look for DTC B0072 and replace the driver's side front seat belt buckle. Approximately 52,000 vehicles are involved. The special coverage covers the condition for a period of 10 years or 120,000 miles.
Customer Satisfaction Recall 44470: Torque Converter With Piston Apply Surface Not Machined: There are 80 vehicles involved in the recall that addresses an incorrectly machined torque converter pressure plate. Dealers are to replace the transmission to correct the condition. Certain 2016 Chevrolet Camaro and Cadillac CT6 vehicles equipped with an 8-speed automatic transmission are involved.
Noncompliance Recall 45340-01: BYOM1 Lockup with Loss of Key Chime: The recall has been updated to include additional information in the Service Procedure section. The recall affects certain 2015-2016 Chevrolet Sonic and Trax; and 2013-2015 Spark vehicles equipped with Bring Your Own Media. Dealers are to reprogram the radio with corrected operating software.
Customer Satisfaction Recall 46000: Battery Negative Terminal Loose Joint: There are just over 39,000 vehicles involved in the recall that addresses a loose connection at the battery negative terminal to the ground stud. Certain 2016 Chevrolet Cruze vehicles are involved. Dealers are to add a washer on the ground stud and re-torque the nut to correct this condition. The recall program is in effect until May 31, 2018. 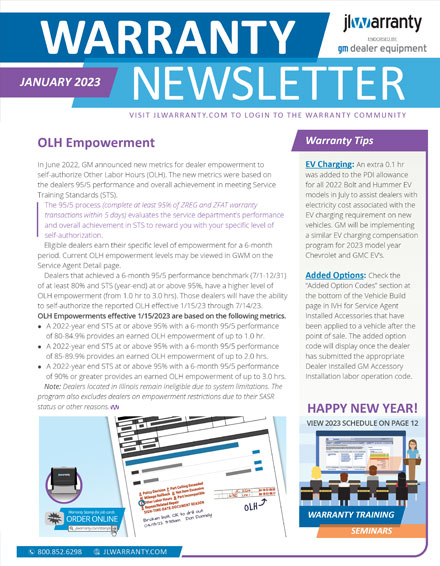 The most updated warranty information available is delivered to your door and/or inbox each month. jlwarranty summarizes important warranty information from General Motors, combines it with our warranty claims processing experience, and puts it into easy-to-understand articles. Find answers to the latest, most pressing GM warranty topics, strategies to increase warranty reimbursements, tips on protecting your dealership from debits and more! Only available with a monthly subscription to the Warranty Administration Program.
Learn moreTry a 1 Month Trial 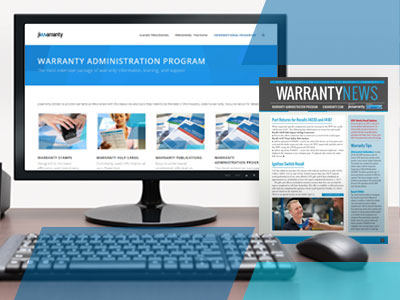 The Warranty Administration Program is a subscription-based, educational program developed by jlwarranty and offered through: